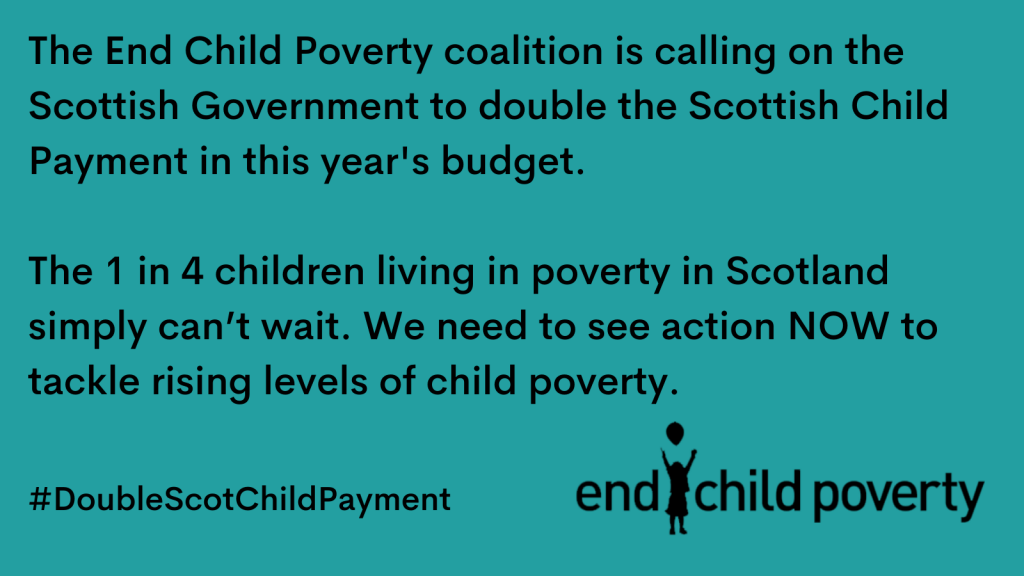 VOCAL has joined organisations in a call for the Scottish Child Payment to be doubled. A coalition of over 100 anti-poverty organisations, children’s charities, community groups, think tanks, trade unions, faith leaders and academics have today written to the First Minister urging her to “do the right thing” by using the upcoming Programme for Government to commit to doubling the Scottish Child Payment in this year’s budget, the £10 per week per child benefit for low income families.

The coalition has issued the plea at a time of growing concern over the numbers of people across the country – particularly women, disabled people and Black and minority ethnic people – being pulled into hardship and with analysis showing that, on current trends, the Scottish Government will fail to meet its child poverty reduction targets.

“Unlocking people from this poverty requires long-term work to tackle the structural inequalities around the labour market – particularly for women, disabled people and Black and minority ethnic people – and it will also require action like further expanding childcare provision. But we also need action now to boost incomes in the short term.

1 in 4 children in Scotland are growing up in poverty and the Covid-19 pandemic has put further pressure on low-income families. We need to see action from the Scottish Government to double the Scottish Child Payment and increase this vital lifeline.

Read the full letter to Nicola Sturgeon below.