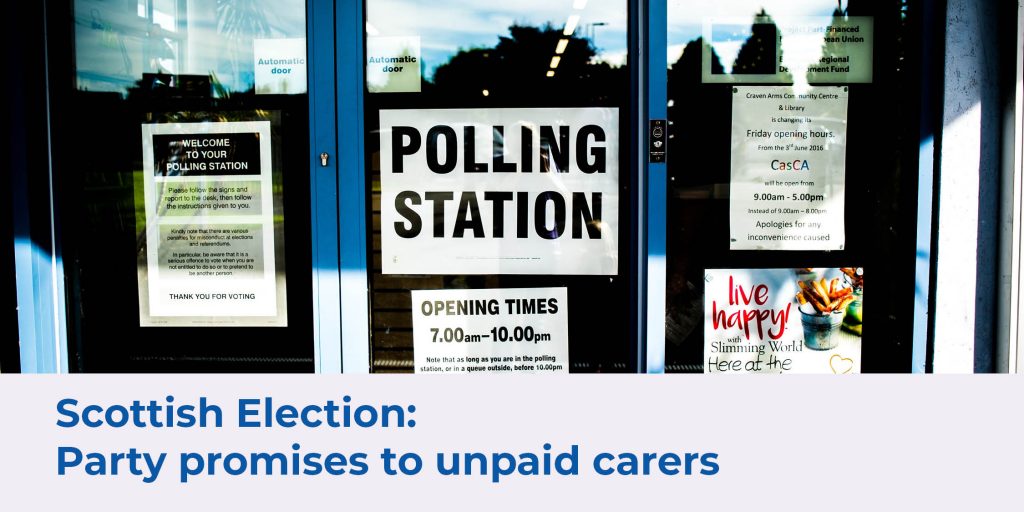 The upcoming Scottish Election represents an opportunity to vote for a party with an understanding of the needs and priorities of unpaid carers. We want the voices of carers to be heard. You can have your say on 6 May 2021, by voting for the Scottish political party that you believe in.

Each Scottish party has a manifesto which shares their commitments and policies if they were to be elected as the next Scottish Government. We have compiled each party manifesto’s promises for unpaid carers and included links to the full party manifestos too.

The National Carer Organisations’ manifesto presents the top priorities unpaid carers want to see delivered by the next Scottish Government. We want a society that respects, values, and supports carers. You can read the Manifesto for Unpaid Carers and Young Carers here.

The following summaries are presented in order by current majority seats, however you can navigate to the different party sections by clicking on each heading: