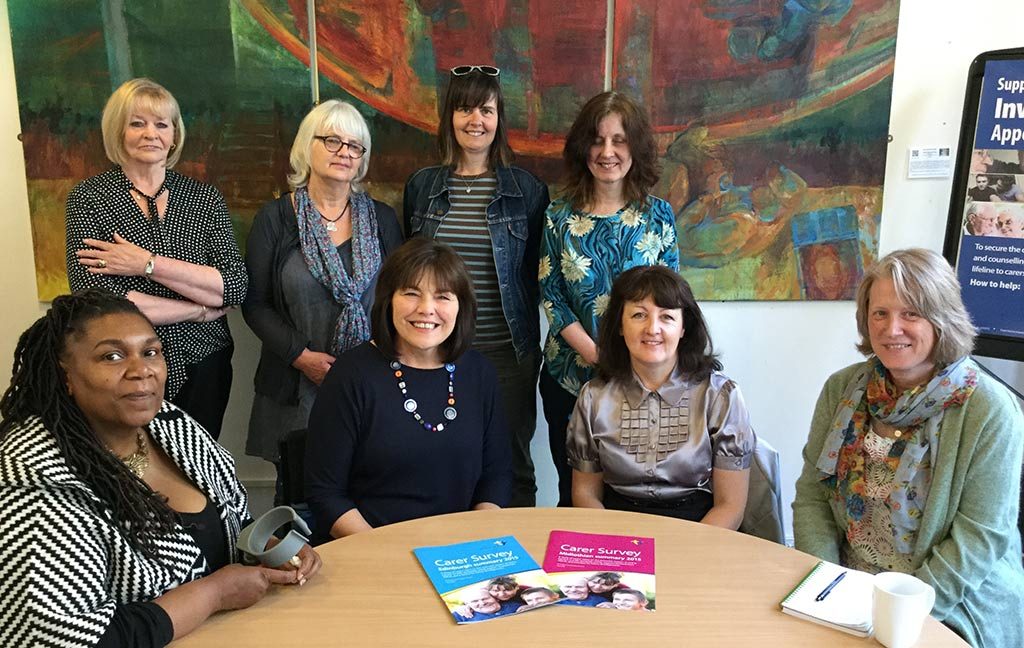 Social Security Minister Jeane Freeman visited VOCAL this week and heard carers’ views about the impact of the new Scottish Government social security powers and their commitment to increasing Carer’s Allowance by £600 a year. She also confirmed the Scottish Government will now look at whether a Young Carer’s Allowance could give young people extra financial support.

During the meeting, carers explained to the minister some of the challenges they face including the impact of caring on their own health, careers and finances as well as the difficulty in accessing Carers’ Allowance under the current eligibility criteria.

These carer experiences reflect the findings of VOCAL’s recent survey of carers in Edinburgh and Midlothian in which over 900 carers took part:

Following her visit, the Minister gave her opening speech in the Scottish Parliament on how the Scottish Government proposes to use new powers over welfare rights to build a fairer society in Scotland.