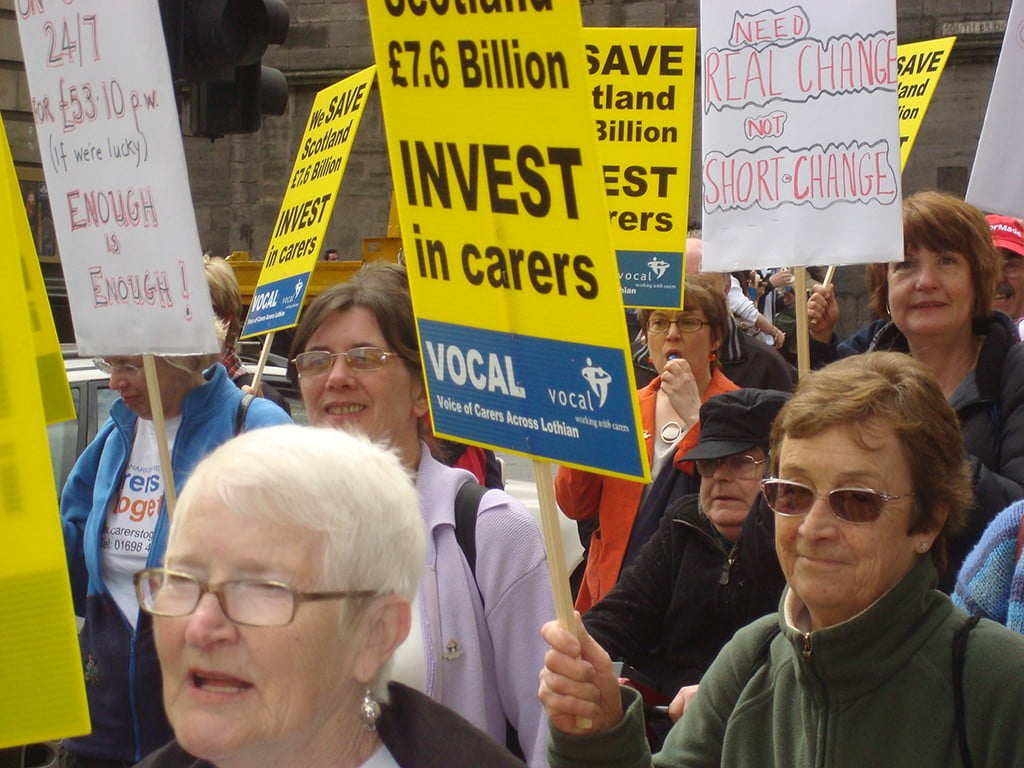 VOCAL welcomes the launch of the 2016 Manifesto for Unpaid carers in Scotland – produced by Scotland’s national carer organisations in consultation with carers from across the country.

Many carers in Edinburgh and Midlothian also contributed to the key demands we place before the political parties as they prepare for the 2016 Scotland Parliament elections on 5th May 2016.

The Manifesto calls on all political parties to commit to:
Mention these to your local politicians!
Download Carers Manifesto (1.4Mb PDF)