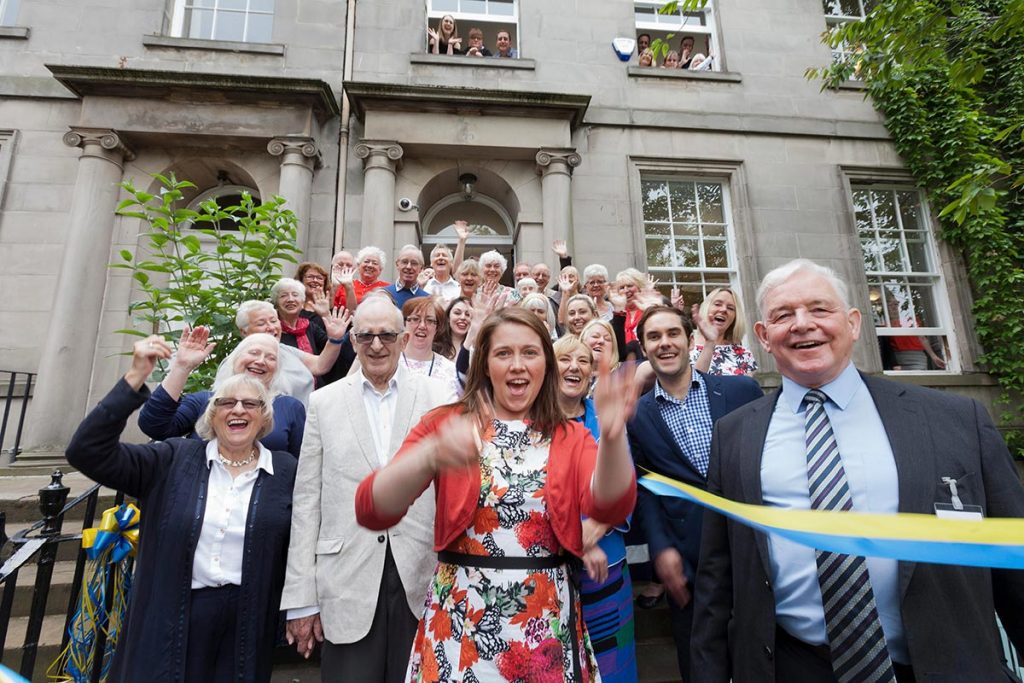 These were the words of Aileen Campbell, Minister of Public Health and Sport, who performed the ribbon cutting ceremony at the Edinburgh Carers’ Hub official launch on Tuesday 12 June 2018.

Just over a year ago, VOCAL made the commitment to move from the carer centre at Johnston Terrace, our base for over 20 years, and create a new Carers’ Hub and head office fit for the needs of staff and carers now and in the foreseeable future. The Johnston Terrace centre had served us well, but with swelling staff and volunteer numbers and the increasing number of carers accessing support and services, it was the right time to look for new premises to allow further expansion and to support our goals of providing a focal point for Edinburgh carers fit for the 21st century and to reach 10,000 carers in Edinburgh and Midlothian by 2021.

After a property search stretching across the city, and several disappointments, the Leith Walk GP surgery building at 60 Leith Walk came onto the market in summer 2017. Just 5 days after the VOCAL board first visited the building, an offer had been accepted and it was all systems go! An appeal to raise funds for the renovation of the building was launched in October 2017, and in January 2018 work started to turn this four-storey Georgian townhouse into the Edinburgh Carers’ Hub.

Now, six months on the Hub is up and running and since opening our doors at the end of April, we have welcomed over 150 carers to the centre, with many more drop-in visits than previously and some fantastic feedback.

The Hub was officially opened during Carers’ Week 2018 by Ms Campbell who was joined by City of Edinburgh Council Carers’ Champion Cllr Joan Griffiths and council leader Cllr Adam McVey. Around 50 carers, VOCAL board members, staff and volunteers joined the celebration, which included an energetic performance the the Carers & Co choir.

The day marked the start of four days of special events to mark the Carers’ Hub opening for VOCAL supporters, health and social care/third sector colleagues, local businesses and corporate partners and, of course, carers! 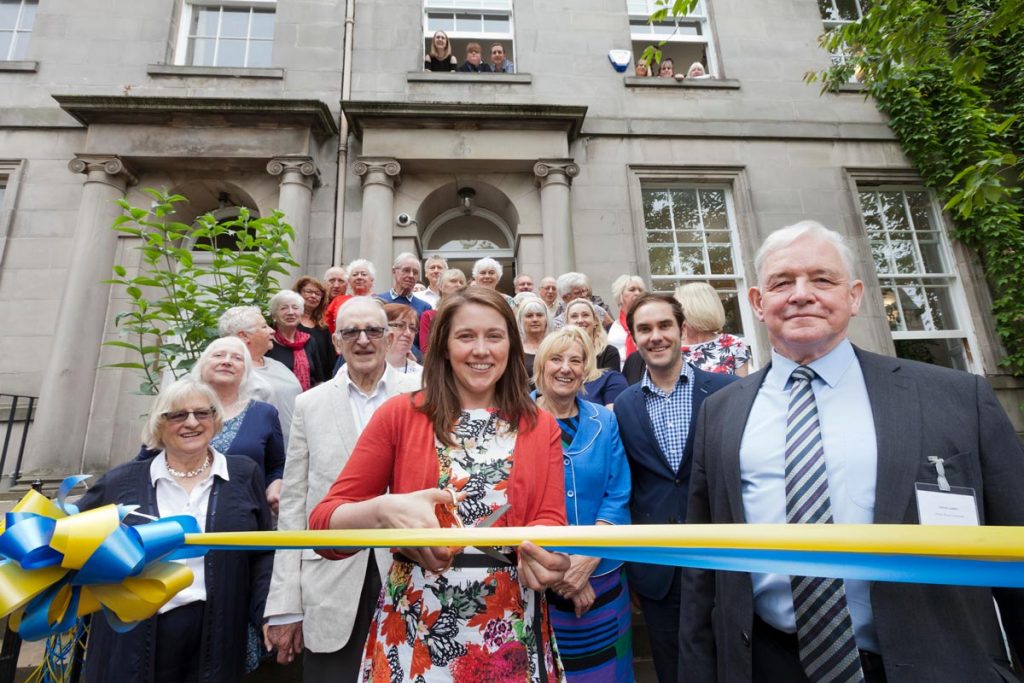 Ms Campbell performs the official cutting of the ribbon 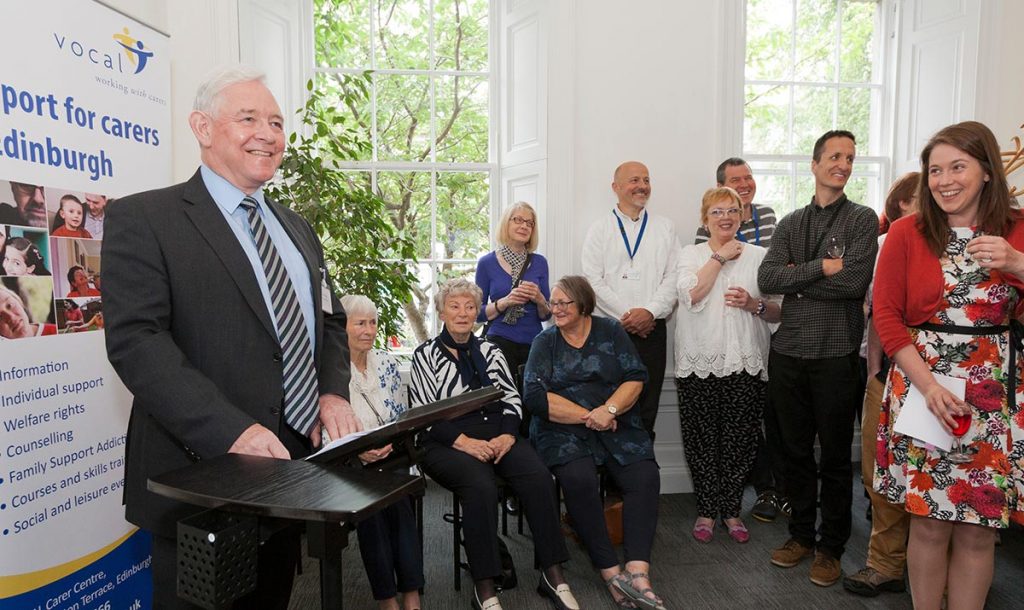 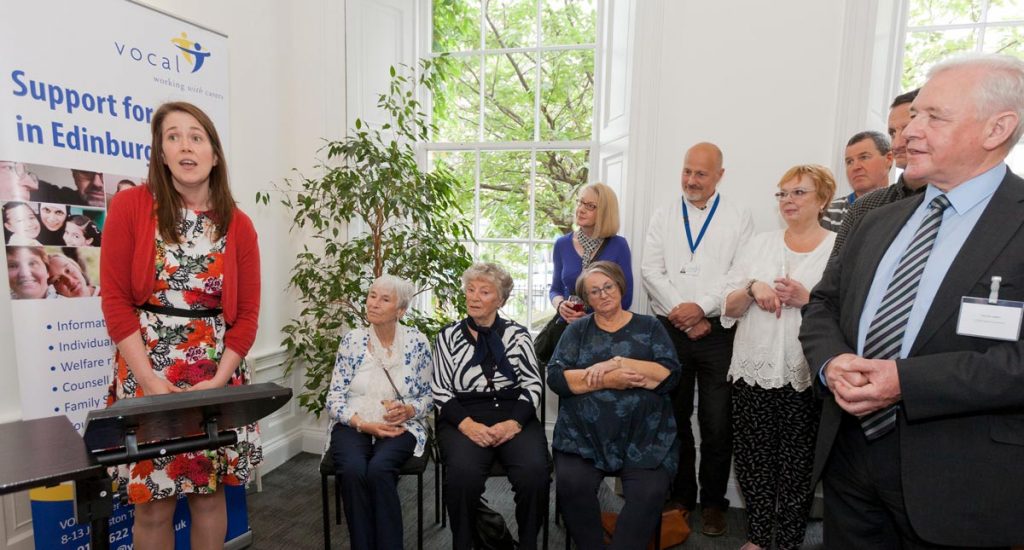 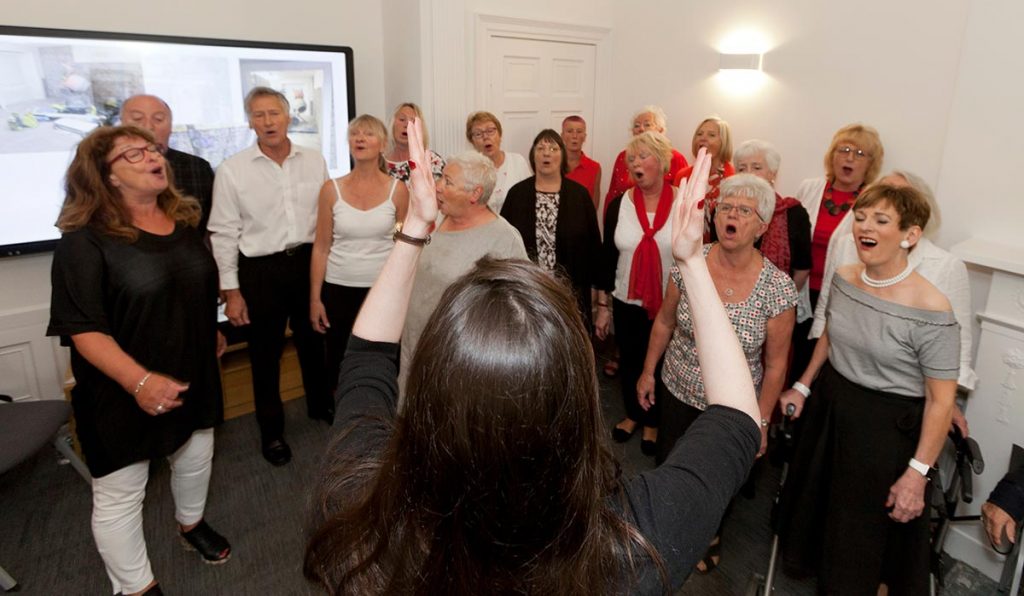 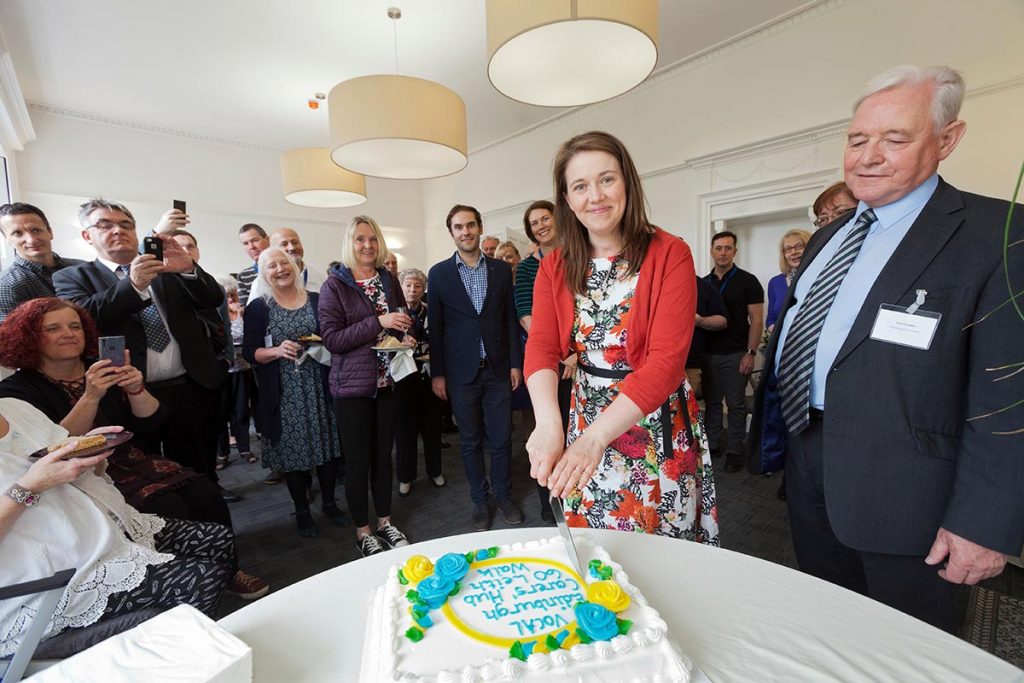